Easter at the Annunciation of the Blessed Virgin Mary

Last night, during Easter Vigil, we rang bells at the start of the Gloria.  It was so spine-tingling wonderful that I decided to record it this morning.  Maybe you had to be there, and the opening is a little rough because of all the sounds of people standing up.

There is nowhere else I would rather be for Easter, and how wonderful it is that this is our first anniversary as Catholics. 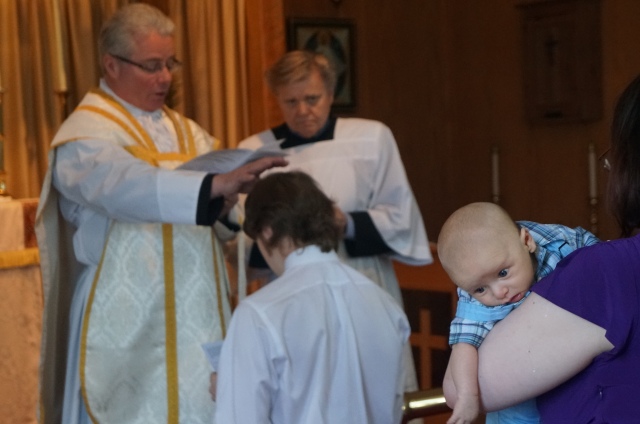 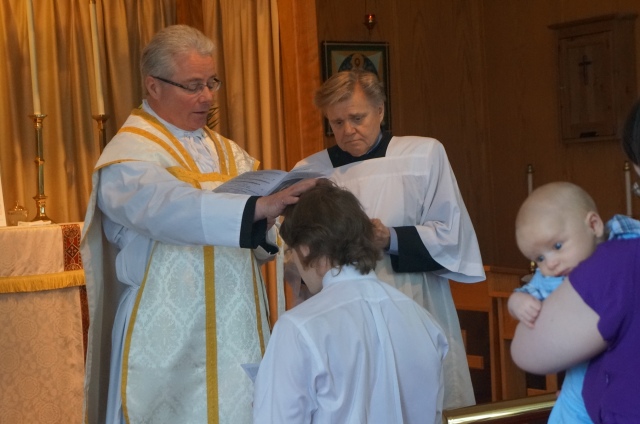 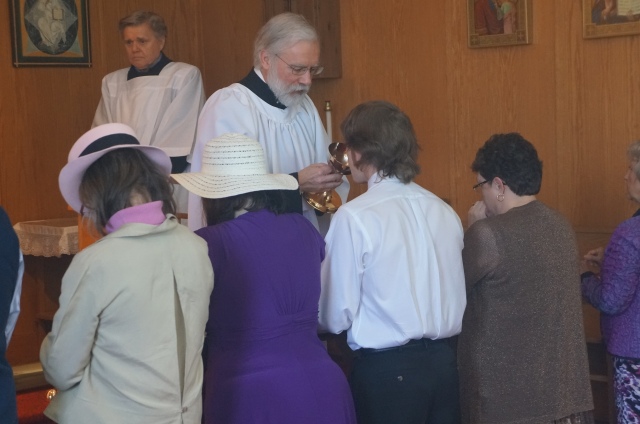 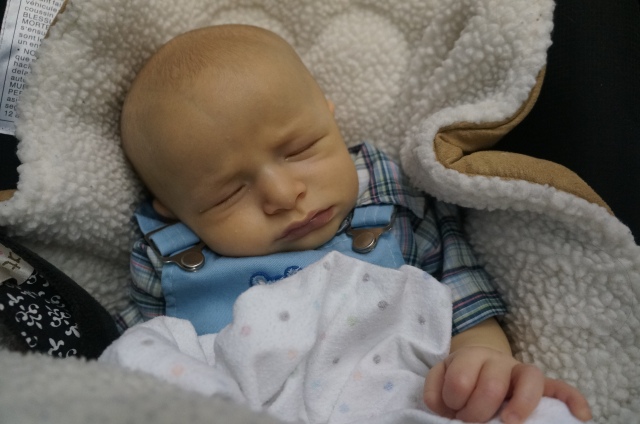 Here are some pictures.  I have company coming soon, so more later on the Baptism of our youngest member Robert Benjamin Clement Trolly who you will see joining his mom Rebecca and dad Michael, our organist and assistant, as Bennett’s sponsors.

Fr Carl Reid wore the chasuble Archbishop Terrence Prendergast gave him after his ordination to the Catholic priesthood.

The Candy family: Joe, Heather, Paul, Bennett and Zack, our thurifer, were all present.

We are hoping Zack and Ben will have lots of children.  But, as their mom said, after they’re married first!  Of course.